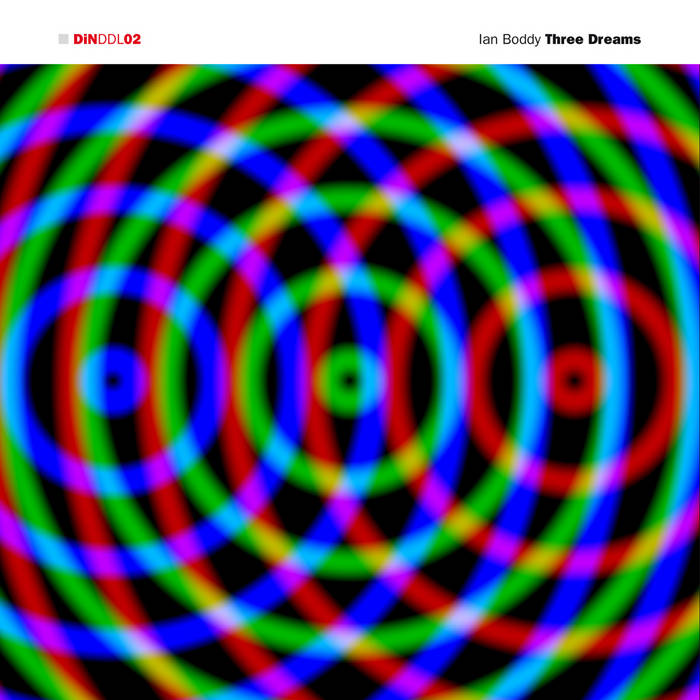 Star's End Radio Show performance 21st March 2004. Between 2000 and 2006 Ian Boddy performed three shows at the Gatherings concert series in Philadelphia, USA.After these evening performances Boddy then transferred his gear to play in the early hours on the Star's End radio show. Hosted by Chuck van Zyl this ambient music show has been broadcasting for over 30 years. Boddy utilised this oppurtunity to play sets of music of a darker, more experimental nature. Unreleased until now these three performances are the inaugral releases on the new DiN download label, DDL. Three Dreams starts with the track Trapped in Black that alternates very dark, spooky atmospheres with heavenly choirs. Referencing sound elements from the DiN releases Box of Secrets, Caged, Outpost & Aurora it is actually a live version of a piece Boddy was commissioned to score for the Maltese artist Norbert Francis Attard. Summer Lawn Daze features the sounds of summer in your typical British garden but transmuted into a strange surreal world half-way between sleep & conciousness. The last track The Final Breath is a tapestry of deep space atmospheres that forms the initial gestation of what was later to be crafted into the epic piece Rapture that concludes the latest ARC album, Fracture.