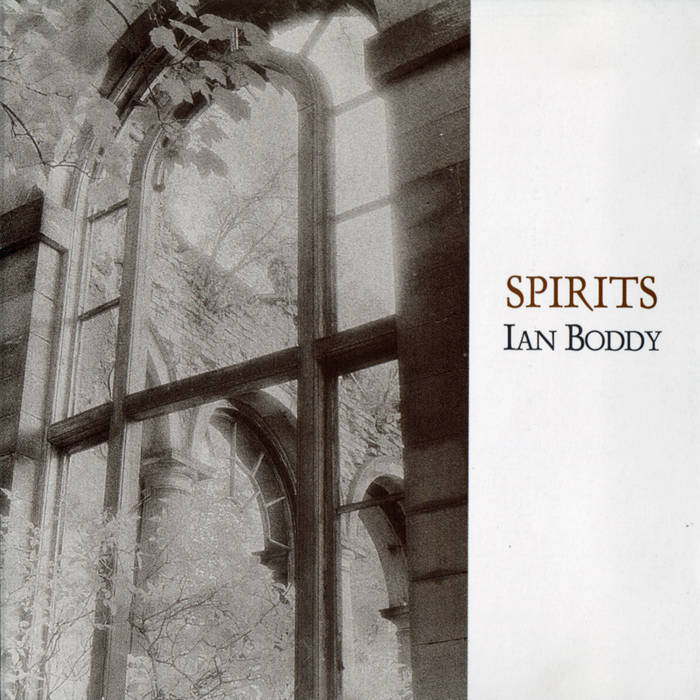 Julius Terrell Dark and Gothic! I absolutely love it! This reminds me of playing castlevania symphony of the night! Favorite track: Lamalode.

After the success of his first vinyl album, “The Climb”, Boddy moved onto working on his second vinyl release “Spirits”. Dominated by the sound of his recently acquired Yamaha DX7 the album has an all together starker sound than it’s predecessor. He actually premiered a version of the title track at the first ever UK Electronica held in 1983. The album was recorded at Newcastle Media Workshops between December 1983 & February 1984 and released toward the end of 1984.

The title track which spans an entire side of the vinyl release is a huge, sprawling, Gothic soundscape which features a pounding middle section with the live drums of Ian McCormack. The first side opens with the track “Pulse” which could almost have been released as a single with it’s dance like rhythms and “catchy” tune. The next track “Living In A Ritual” is a unique track for Boddy in that it features vocals from Blitzkreig front man Brian Ross. Overlaid on a pulsing arpeggiator rhythm & with Vocoder keyboards from Boddy it has rather surprisingly become a bit of a cult classic in some Berlin nightclubs!

As with “The Climb” the vinyl edition of “Spirits” quickly sold out and was also reissued on CD in 1995 on Boddy’s Something Else Records label. A bonus track “Lamalode” was added to this edition which tries to follow on from the Gothic mood of the title track albeit with a more orchestral feel. This edition also sold out and other than a limited run on CDr this classic album has been out of print for many years. Since then Boddy has set up his successful DiN label and whilst he has moved on musically it is important not to forget his past. Thus Boddy intends to reissue each of his early albums on the DiNDDL download sub-label of DiN to give new listeners access to the full CD quality audio with as much of the original artwork as possible.