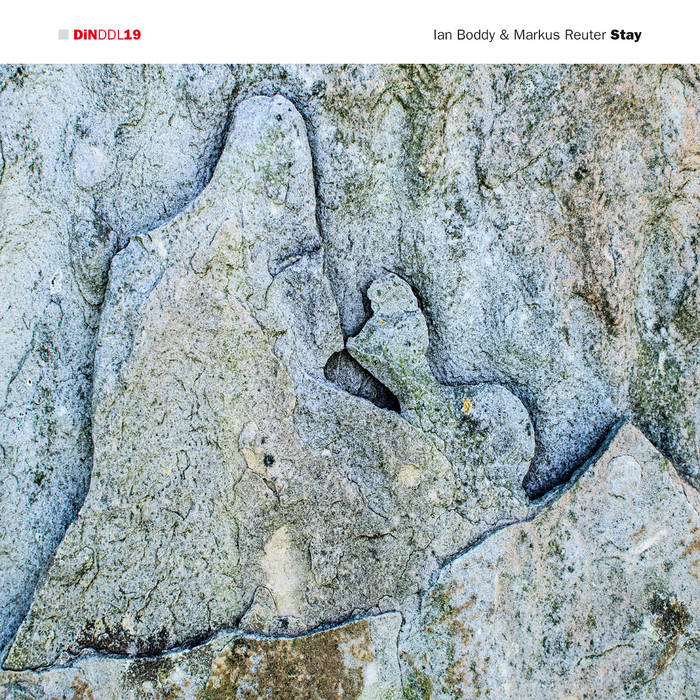 “Memento” (DiN52) was the fifth DiN CD collaboration between the musical duo of Ian Boddy & Markus Reuter. The bulk of the material was recorded by the two musicians at the private studio of Boddy in the North-East of England. As so often happens in these sessions more music was laid down than could be used in the final release. The tracks on “Memento” oscillated between the more up-tempo pieces such as the title track & the two glorious ambient soundscapes, “Linger” and the album closer “Stay”. On reflection Boddy & Reuter decided to record some further material in the style of the latter two tracks, use one of the unreleased pieces and to mix an extended version of “Stay”, to create a new work that would be a companion piece to “Memento”.

Thus “Stay” (DiNDDL19) contains six tracks that reflect and extend the languid mood of the quiet moments found on “Memento”. Each of the tracks uses a different musical mode that gives each a different flavour. The pieces are built on the foundation of one of Reuter’s looped touch guitar soundscapes with Boddy employing his analogue modular systems, ranging from the haunting Ondes Martenot like solo lines of the opener “Waken” to the growling menacing tones of his Serge modular in “Vesper”.

Released on the download only sub-label of DiN, “Stay”, once again showcases the musical virtuosity & understanding of these two renowned composers.

All tracks composed, played and produced by Ian Boddy & Markus Reuter(September 2016 - May 2017).