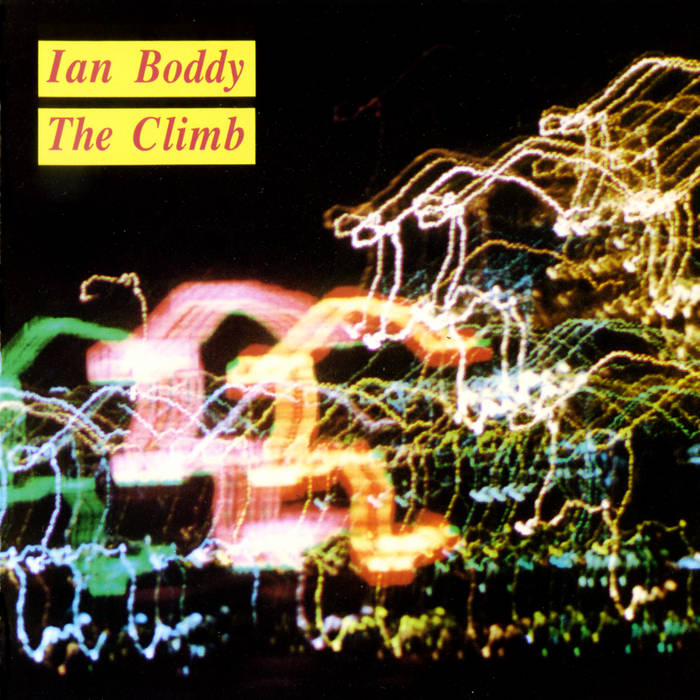 fretless17 The very first Ian Boddy LP I got back in the 80's. Still a testament to his talent and a great listen.

After Boddy released three cassette albums in the early 1980’s on the Mirage label “The Climb” came out on vinyl in 1983 on Signal Records. This was a huge leap both musically and technologically for Boddy and is rightly regarded as a classic of the early UK electronic music scene. The music was composed and recorded at Spectro Arts Workshop in Newcastle between December 1982 - March 1983 except for the opening track “Kinetics” which was produced as part of Boddy’s stint as composer in residence at the Triangle Arts Centre in Birmingham. Whilst there he also had access to the Fairlight C.M.I. which Boddy employed on the opening three sections of the title track. This tone poem is split into five sections and still stands up as one of Boddy’s most iconic compositions with the music ranging from the eerie opening of “Dawn”, the grinding toil of “Procession” followed by the majestic “Hymn”. The heavily sequenced “Ascent” in 7/8 time ramps up the excitement before the blissful “Summit” rounds off the suite.

The album quickly sold out and was then remastered and reissued on CD on Boddy’s Something Else Records label in 1993 with the addition of a bonus track Déjà Vu (Part 3). This edition also sold out and other than a limited run on CDr this classic album has been out of print for many years. Since then Boddy has set up his successful DiN label and whilst he has moved on musically it is important not to forget his past. Thus Boddy intends to reissue each of his early albums on the DiNDDL download sub-label of DiN to give new listeners access to the full CD quality audio with as much of the original artwork as possible.