The Mechanics Of A Thought (DiNDDL03) 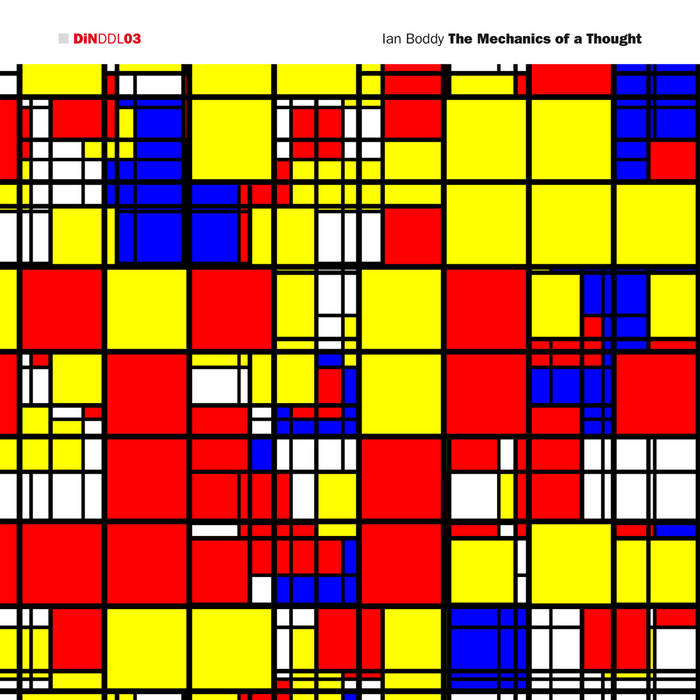 Star's End Radio Show performance 1st October 2006. Between 2000 and 2006 Ian Boddy performed three shows at the Gatherings concert series in Philadelphia, USA. After these evening performances Boddy then transferred his gear to play in the early hours on the Star's End radio show. Hosted by Chuck van Zyl this ambient music show has been broadcasting for over 30 years. Boddy utilised this opportunity to play sets of music of a darker, more experimental nature. Unreleased until now these three performances are the inaugrale releases on the new DiN download label, DDL. The Mechanics of a Thought is a more upbeat performance than the previous two Star's End shows. This may have had something to do with the fact that a small invited audience was present in the new studio at the station and supplied Boddy with pizza and some nice Belgium beer before hand! After an initially dark, spacey intro Out There storms into a thrilling Moog sequencer trip. In Here has a lower key rhythmic section overlaid with some looped Fender Rhodes playing and sounds like a lost track from Elemental. The final, long title track is a slow meandering atmosphere using state of the art digital synth manipulations in an organic, highly textured soundscape.