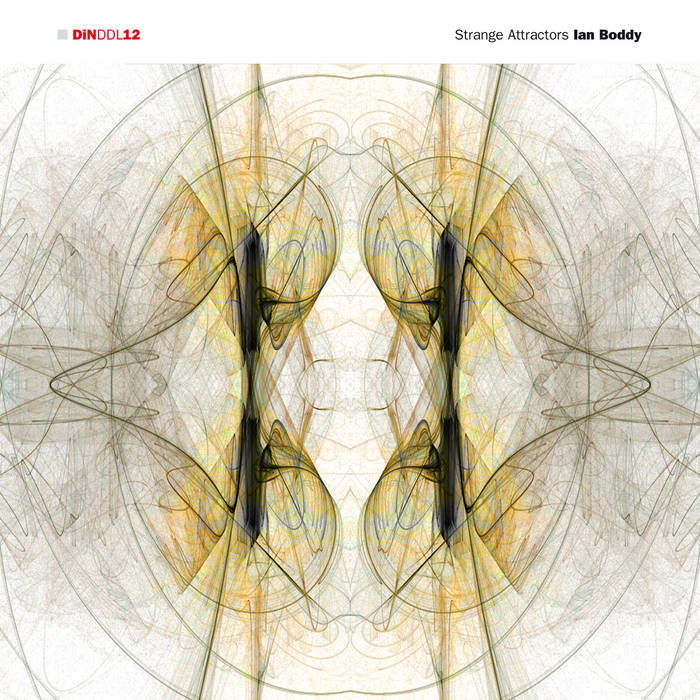 "Strange Attractors" is a milestone for the DiN label in that it is the 50th album release (38 physical + 12 digital). As such it is only fitting that it should be by the driving force behind DiN, label boss Ian Boddy.

Recorded live in April 2011 at the Awakenings series of electronic music concerts the album showcases Boddy at the top of his game. Employing almost exclusively analogue sound sources he crafts a seamless blend of electronica spanning 76 minutes of sonic exploration.

The album opens up with "Amongst Dark Clouds" with it's nebulous, spacey atmospheres and wash of glorious, epic chords. Tracks such as "Crossing The Range" and "Return Vector" see Boddy pulling off the feat of live sequencing and keyboard playing, a difficult task in a solo concert environment. As the tracks build you can literally hear Boddy building the pieces brick by brick to a sonic crescendo before tearing the musical structure down again. A fascinating experience that uses his years of experience using analogue modular synthesisers to the full. Other tracks such as "Parabolic Excursions" & the encore piece "Trip The Light Fandango" use studio created trippy sequencer grooves. Over these Boddy plays a range of subtle keyboard parts which feature his analogue "Ondes Martenot" style controller. These soaring lines are built up using a looping device into beautiful ambient beds and phrases. The title track "Strange Attractors" is an all together different affair. Like some proto-sequencer soundscape it's organic pulsations seem to drift in and out of phase. Overlaid with darkly shimmering ring modulated textures it's dark, unsettling atmosphere is punctuated with beautiful mellotron flutes. Building to an intense climax Ligeti like choral intrusions heighten the sense of unease.

One of Boddy's best and most intense concert performance of recent years "Strange Attractors" showcases one of the UK's leading electronic musicians. With almost 150 concerts under his belt such experience really shines through on the complexity and inventiveness of this live show.