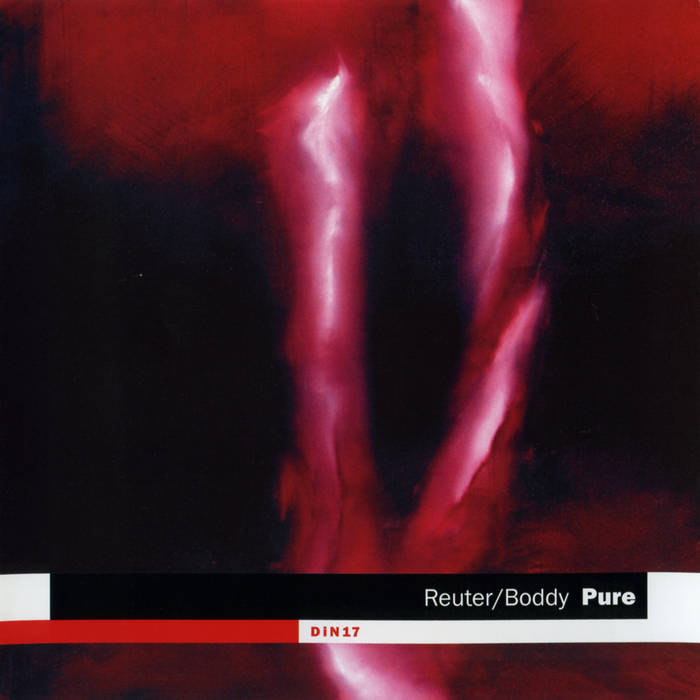 Although Boddy and Reuter have collaborated in concert (at Jodrell Bank in 1999 & the E-Live Festival in Eindhoven 2000), Pure represents their second proper studio outing since their impressive 1999 debut, Distant Rituals.
Pure is radically different from the impressionistic prowl of its predecessor. Their collaboration earlier this year was based around a series of distinct musical ideas. Boddy and Reuter explored and expanded the pieces into a cycle of intricate, inter-connected compositions; delicate in expression and character, graceful in execution and richly harmonic.
This is not a collection of drifting textures but rather a series of crisply defined vignettes with tight arrangements and close attention to fine detail. Filled with achingly beautiful melodies and deceptively simple orchestrations, Pure is the sound of two musicians at the top of their game.
This isn’t some somnolent chill-out CD or music with which to decorate the air. Don’t expect to turn on, tune in and drop off. What you get with Pure is an album of sustained reverie; alert, engaged and insightful; totally in the moment; Pure music of here and now.
Pure has the warmth and human-touch so often lacking in modern electronica. This isn’t about wires and interfaces; Pure is about contact and exchange; in this sound world nothing is separate or isolated. With Pure everything connects – one idea leading to another

From the first second of the opening track, Presence, the listener is taken somewhere special, somewhere out of the ordinary. Moving easily between the diaphanous sound that you’d expect from Ian Boddy and the deft, fleeting guitar work for which Markus Reuter is rightly lauded, the eleven tracks contrast and compliment each other perfectly.
On the twitchfunk pulse of This Life, Reuter’s bottomless guitar shadow-dances between layers of muted colouring and surging beats;creating something playful and dynamic.
The Level is utterly enthralling. Cascading lines jostle and push against an unswerving beat; high notes popping like paparazzi flashbulbs, their ghostly after-trace still with you long after the track has passed by.
Glisten begins with a sequence of gently repeating gamelan bells, iced over with fleeting wintry tones. Here as elsewhere, prowess and skill are sublimated; serving the needs of the track rather than any witless grandstanding or look-at-me soloing.
The short piece Breathe is pure light. Not the kind of light you might see glaring in a shopping mall but more the kind streaming through a stained glass window. Pure inspiration.
The title Pure is a fitting closes to the album. Assured and deliberate, the heart-rending melody moves to an emotional resolution; uplifting and ultimately satisfying.
In the end though, there’s not much point in worrying about whom does what on this album; Boddy and Reuter have created something that is seamless, something that is greater than the sum of its parts. What’s important is that they’ve colluded and conspired to create a piece of outstanding, irresistible music. That’s Pure.