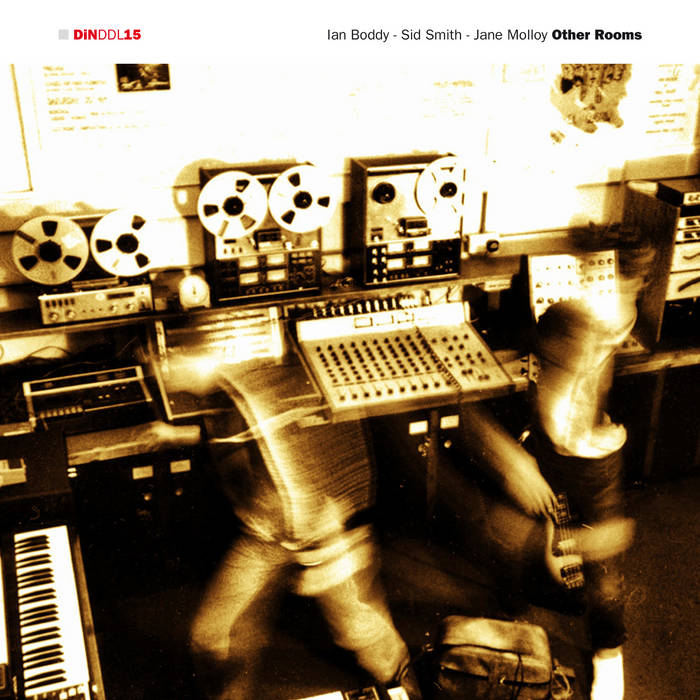 Other Rooms consists of four long ambient tracks which were all recorded at Spectro Arts Workshop, Newcastle-upon-Tyne in the early 1980's. This was the studio where Boddy spent his formative years in electronic music. These tracks were unearthed whilst Boddy was looking for bonus material for the vinyl box set "Spectroscopic" released by Vinyl on Demand which features Boddy's 3 early cassette albums. Two of the pieces (The Basement & Spirits Rising) are composed by Boddy whilst the other two (Two Postcards & From Where I Sit) are by Sid Smith, whom Boddy collaborated with on several projects during his time at Spectro. The track From Where I Sit features the voice of Jane Molloy. All these pieces have in common the technique of tape delay systems. This is where tape is taken from the recording reel to reel across to a second machine which then plays this back. Depending on the distance between the two recorders a time delay results and the sound can be recirculated round and round to create feedback loops. This technique is virtually impossible to mimic accurately with modern day technology and so for me it was wonderful to hear some of these early experiments.

These tracks were all too long to fit on the vinyl records and so I decided to release them as a download album to accompany the release of "Spectroscopic" (VOD110). The major hurdle to overcome though was their sound quality as they had been lurking on cassette in a box for over 30 years. However modern day noise reduction, EQ & compression plug-ins can overcome many such difficulties and I was able to clean up much of the tape hiss. This process is always a balancing act though and I’d certainly not claim these pieces are as pristine as a modern day production is capable of. Nevertheless, they are a unique insight into my formative years and provide a window on some wonderful early sonic explorations.