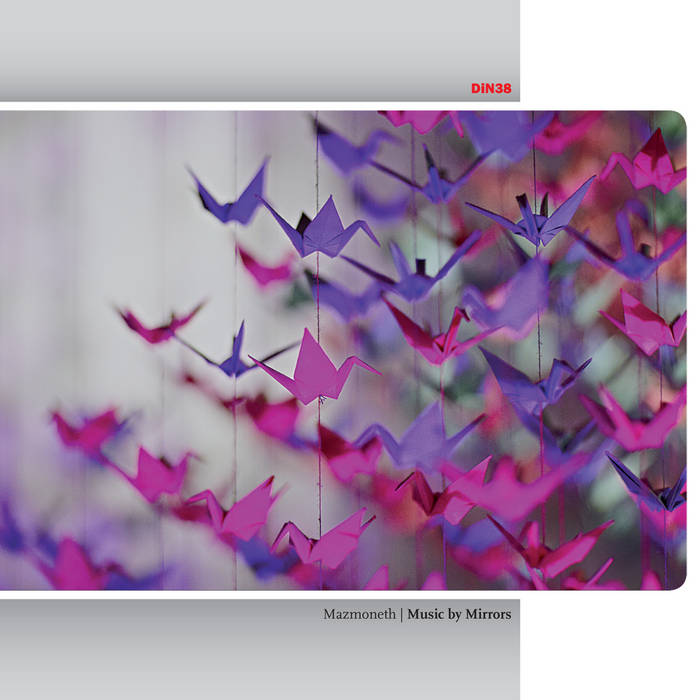 Mazmoneth is a new name for the duo of Nigel Mullaney and Ray Sherwin. The name of the former should be familiar to aficionados of the DiN label as he has co-operated with label boss Ian Boddy on the two Dub Atomica releases (Autonomic DiN4 | 1999 and Syntax DiNDDL04 | 2008) as well as with Boddy & Markus Reuter on the live album Triptych (DiN9 | 2001). Outside of DiN Mullaney is an experienced production music composer as well as a professional photographer.
Ray has had a long and varied musical career including early experimental bands Wilde Oats (with John Tempest & Billy Currie - of Ultravox fame) and Moonchild who played support for Hawkwind. Later ventures saw him playing for two bands in Cairo as well as receiving a special commendation from the W. B. Yeats Society for recording and playing the instruments to a long poem with Celtic myth references.
In the early 90's Mullaney & Sherwin formed the band Best Before and their initial project was an album of deep relaxation music used in workshops for severely disabled children. This was followed by a more conventional album, "Best Before The End Of The World" (1995), that appealed to many fans of electronic music and beyond with it's infectious mix of beats, melodies & subtle hints to the world of the occult.
After a period of several years Ray & Nigel are back with a new project with a name change to Mazmoneth, for reasons which will remain unclear. "Music By Mirrors" contains 10 tracks in a continuous mix lasting 59 minutes. The music is beautifully produced and ranges from gorgeous ambient soundscapes such as the opening track "The Vital Spark" through cool grooves with beguiling melodies such as "Spooks" and "De Molay". Mullaney is not only a keyboard player and guitarist but rounds out his multi-instrumental skills on drums and it's always refreshing to hear live drums alongside electronics this sumptuous. Tracks such as "Perfect Absolution" and "Oil On Water" showcase this with percussion playing that adds to great feel and atmosphere found throughout this album.
With "Music By Mirrors" the DiN label continues to expand it's roster of talented artists with an album of music that cries out to be heard by as wide an audience as possible.