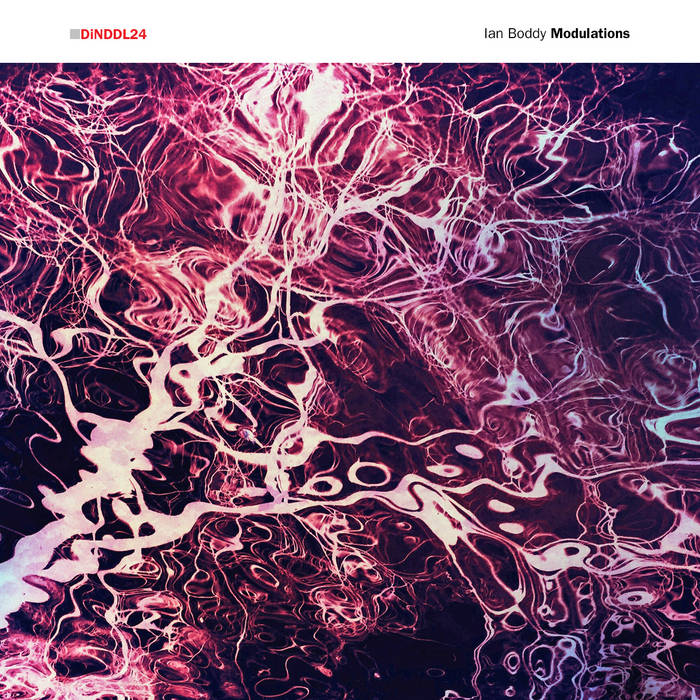 jgaffney001 In a burgeoning catalogue of spectacular work, this is one of the best. I listen through a few times a day while I work. I selected "Prague #1" as a favorite, but there isn't a track in this collection that I don't thoroughly enjoy. Favorite track: Prague #1.

DiN label boss Ian Boddy has always enjoyed playing live starting with his first humble steps in front of an audience over 40 years ago at Spectro Arts Workshop armed with a VCS3 and various tape loops. Since then he has performed hundreds of concerts in concert halls, churches, planetariums and various other unusual venues both in his native UK as well as in Germany, The Netherlands & USA. His concerts have invariably been unique events never to be repeated and several shows have been released as DiN albums.

The upsurge in interest in modular synth systems in the last few years has now opened up a whole new world of live performance opportunities for Boddy and 2019 saw him play several modular synth only shows. The venues included a record store and art gallery as well as online sets for blogs and podcasts. Using a much more tightly focused set of equipment than his regular keyboard based concerts these gave Boddy the chance to experiment and play organic, evolving tracks using a small modular set up alongside his French Connection keyboard.

The six tracks included in this release add up to over two hours of modular synth music spanning the entire range from calm ambient soundscapes through to pulsing Berlin School inspired sequencer work outs. Abstract textures and field recordings drift in and out of focus whilst retro electronica effects create other worldly atmospheres.

Modulations is being released as a digital download album as well as a 12” vinyl limited edition (100 copies) with edits of four of the tracks.

Prague #1 & #2
I was invited to do a synth seminar & performance at the Synth Library in Prague on 6th April 2019 whilst I was over in my favourite city on a family holiday. Although this set wasn’t recorded I did manage to capture two improvised sets using my Make Noise 7U Eurorack case on the front & rear balconies of the apartment where I was staying.
There is a video of Prague #1 performed looking out over this beautiful city at sunset.
youtu.be/AxoKs-sDMcc
www.zvukpraha.cz/synthlibraryprague/

Sound It Out
This was performed at my favourite record store, Sound It Out, in Stockton-on-Tees on 18th May 2019 the day after the official release of my double live album Altair (DiN59). For this performance I was using my 7U Make Noise & Roland SYR-E84 Eurorack cases along with the Folktek Resonant Garden and the French Connection keyboard playing the Make Noise O-Coast.
There is a video of this performance on my YouTube channel.
youtu.be/9Ui0pEjuDOo
sounditoutrecords.co.uk

Fascinating Awareness
Podular Modcast is well known in the modular synth community and this improvised piece was played during a podcast interview I did with Tim Held. Toward the end of the interview Tim throws two words at random at guests who then have 15 minutes to come up with a patch which they can then use to record a short improvisation. For this patch I was using my Make Noise 7U Eurorack system along with the Folktek Resonant Garden.
Here is a direct link to my episode which was broadcast on December 9th 2019.
podularmodcast.fireside.fm/ianboddy

Data Cult
Data Cult Audio is run by Adam Filipkowski and is an audio blog where each episode is simply an improvised performance by an invited guest from the many genres of electronic music. For my performance I was using my 7U Make Noise & Roland SYR-E84 Eurorack cases along with the Folktek Resonant Garden and the French Connection keyboard playing the make Noise O-Coast.
This was originally released on 15th February 2019.
datacultaudio.com

Defining The Instant
This improvised piece was played at the Frederick Street Gallery in Sunderland at the opening of the Defining The Instant exhibition on 5th September 2019. My partner, Wendy Carroll, who has done images for several of the DiN album covers was exhibiting as part of this exhibition. For this performance I was once again using my Make Noise 7U & Roland SYR-E84 Eurorack cases as well as a Moogerfoofer Analog Delay pedal & Arturia Keystep.
There is a video of this set on my YouTube channel.
youtu.be/1CeKUqTlYW8
www.facebook.com/wendycarrollphotography/