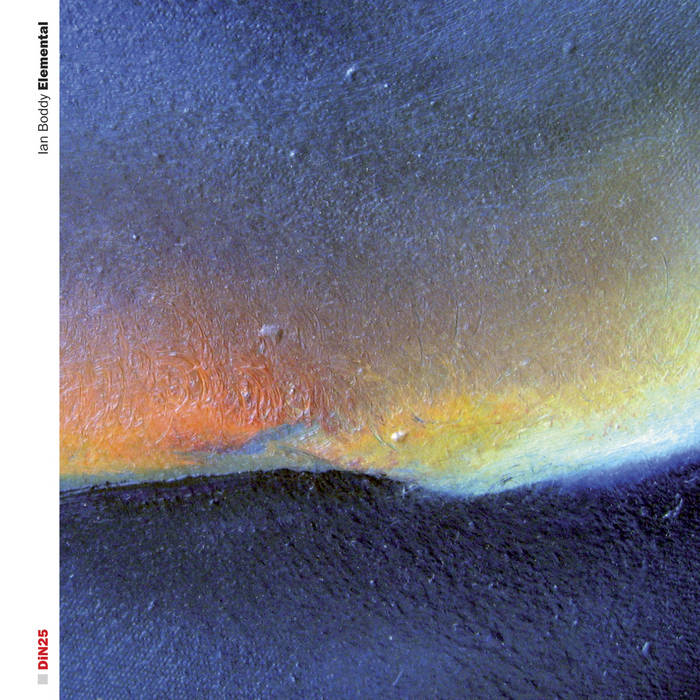 
With the release of "Elemental" DiN reaches it's quarter of a century of titles since Boddy's inaugral release "Box of Secrets" in 1999. This is his fourth DiN release with "Chiasmata" in 2004 and "Aurora" in 2002 being the other two.

He has also been involved in collaborative projects on eleven other DiN releases working with musicians from diverse backgrounds. These include the American ambient pioneer Robert Rich, Throbbing Gristle member Chris Carter, German virtuoso touch guitarist Markus Reuter and UK synth artist Mark Shreeve. Such a broad range of influences have had a positive effect on Boddy's music and he has absorbed and distilled many of these to startling effect on "Elemental". Indeed this album shows off his chameleon like ability to constantly change and develop over what has now been a long musical career since his first cassette only release way back in 1980!

Furthermore Boddy has also composed several library music albums for DeWolfe Music Limited. These have often been atmospherically themed releases but by their very nature have to be compositionally compact . This has also influenced much of the music on "Elemental" which is certainly Boddy's most structured set of pieces for quite some time. The 8 tracks run in a continuous set merging into each other via ambient cross fades. The first, "Never Forever" and last tracks, "Elemental" have a grandiose, chordal character that nicely bookend the album. Four of the other tracks are strongly rhythmic and include hefty bass lines and intricate percussion overlaid with beguiling and subtle melodic themes. The remaining two tracks are in a more atmospheric, ambient vein and provide aural resting points in what feels like a musical journey. However "Elemental" doesn't have a spacey feel as found on his last two releases but exudes a more organic, down to earth approach.