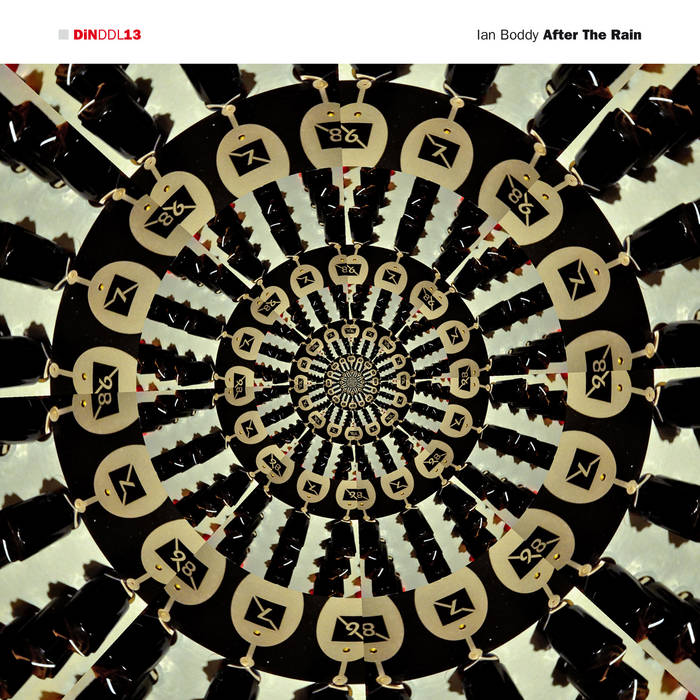 Many consider Berlin to be the birthplace of the 1970's electronic music movement that has proved so influential to the development of a myriad of electronica musicians, both past and present. So when Boddy got the opportunity to play an experimental set at the Electricity series of concerts held in the Lichtblick-Kino in this famous city, he jumped at the chance.

His musical heritage is shaped very much by the analogue modular synthesisers available to him in the late 70's, when he first started to compose and release music. Over the last 12 months he has been expanding his arsenal of such instruments with a Serge modular system. This beautiful instrument, whilst not as famous as, for instance, the Moog modulars he uses with Mark Shreeve in his ARC project, have many unique features and an incredibly rich and varied sonic palette. Boddy was able to borrow a 3-panel system in Berlin and in combination with pre-prepared Serge soundscapes in Ableton Live, live minimal keyboard tones and random transmissions from a long wave radio, he was able to weave a mesmerising series of evolving sonic landscapes.

The music is split into two long, improvised sets with the first one "The Final Transmission" running to 25 minutes in length. Soft ethereal tones give way to a wash of distant wind and radio interference overlaid with shimmering textures in a wholetone scale. Subsiding to a gentle calm of snatched radio voices, a rising arpeggiated theme creeps in from the background. This builds into a cascade of bright, crystalline modulations before being subsumed by a monolithic bass drone slab that sees out this set with vast sliding tones.

The second set runs to 40 minutes and is the title track "After The Rain". Delicate, soft notes slowly evolve into a great sheet of sound in an unsettling diminished scale that gradually builds in intensity. This segues into a gentle field of ambient plucked tones and arpeggios, giving some respite before a sea of electronics takes over the scene. An intense section of brooding, dark electronica finally breaks into a pounding rhythm for the final section of this epic set. Bouncing bass notes, crazy modulations and sheets of radio static bring the concert to an exhilarating climax.

This is certainly one of Boddy's more abstract performances of recent years and showcases his talent for improvising engaging electronic soundscapes. Released on the DiNDDL download label the release comes with a selection of bonus material including concert posters & photos, video and demo tracks.

All tracks composed and arranged by Ian Boddy.