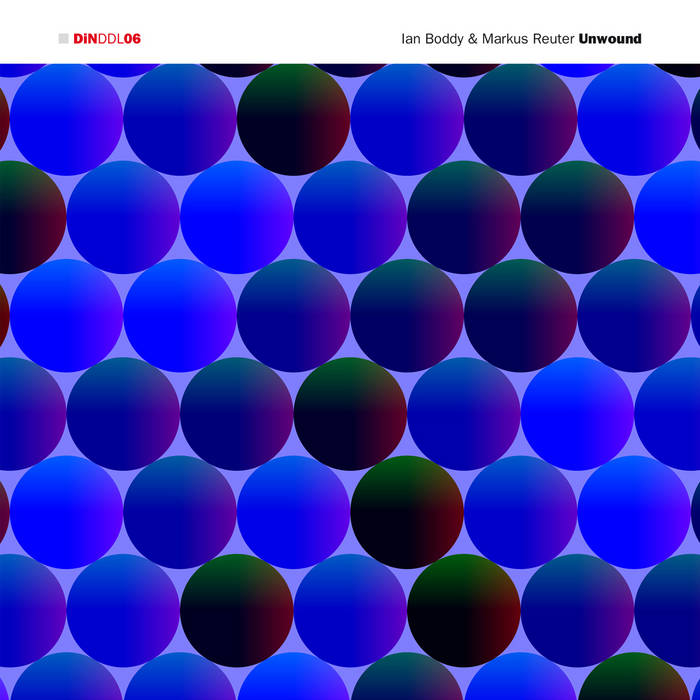 In September 2009 Ian Boddy & Markus Reuter released their third DiN collaboration Dervish (DiN33) which proved to be their most adventurous and experimental release to date.

Pushing the envelope sonically from what many might have expected from these two talented but very different musicians they employed a wide range of guest musicians to create an incredible mix of tone colours. Pat Mastelotto the current drummer with King Crimson featured on four of the tracks whilst a combination of string quartet and recorders added to the unusual instrumentation on display on Dervish. The inspiration for this album was the musical theories of 20th Century composer Olivier Messiaen. His 7 Modes of Limited Transposition were employed in each of the tracks on Dervish giving each an unusual tone colour and feel due to their exotic harmonic structures.

Dervish had some excellent press responses including the last track Spiral Manoeuvre being played on the well respected BBC Radio 3 show The Late Junction. There are a lot of ideas on Dervish and Boddy felt that a remix of the album was possible to highlight the mysterious and often piquant quality of Messiaen’s scales. However this was to be no ordinary remix project in that Boddy has completely stripped down and rebuilt the tracks from scratch. Gone are all the drums, percussion and solo instruments and instead he concentrated on the beautiful string quartet and woodwind recordings made for the album. Only small sections of these were used on Dervish but these together with Reuter’s harmonic touch guitar loops were used as the basis for what is essentially a legato album of music. Nothing new was added rather the existing material was rebuilt into a more spacey, ambient form with gorgeous reverbs and delays. Thus we have Unwound, certainly an experimental album but one which given the chance will reward the listener with a journey into a harmonic world of mystery and wonder.