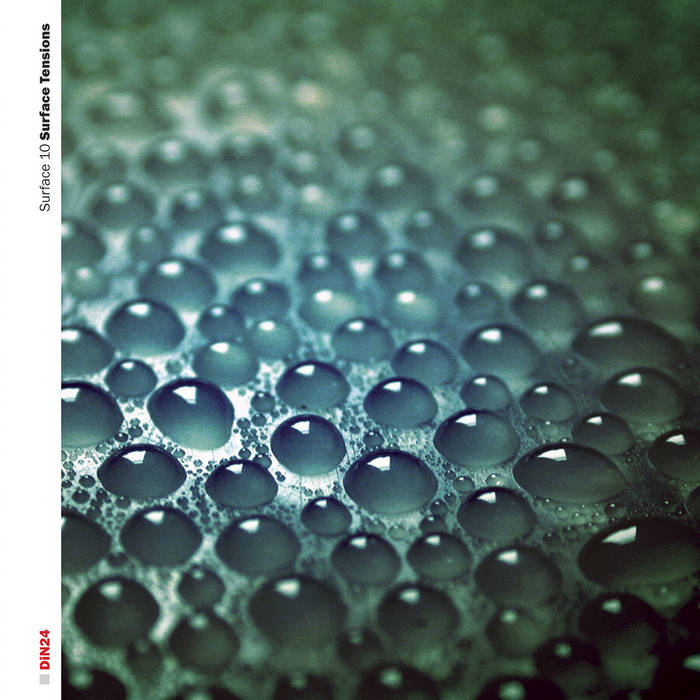 Dean De Benedictis, aka Surface 10, is a Southern California based composer / producer / conceptual artist and electronic music renegade. He melds his interests in a variety of musical styles and concepts ranging from experimental electronica to ambient, IDM (intelligent dance music) to progressive jazz, and beyond, in order to produce a very distinctive sound.

This exciting and innovative artist will be no stranger to the DiN audience, having previously released "In Vitro Tide" (DiN 8) on the label in 2000. Dean first made his debut with the self titled, vintage-styled ambient disc "Surface 10" on the Hypnotic / Cleopatra label in 1996. A further release on this label, "Exempli Gratia", followed in 1997, as a collaborative techno-trance project with George Sara of THC, going under the name Cathexis. Between these two initial discs and his inaugural DiN release, Dean appeared on various compilations for labels such as Hypnos, Lektronic Soundscapes, Cleopatra, Moonshine and Bottom Heavy. Following the release of "In Vitro Tide" on DiN in 2000, Dean De Benedictis then released the tribal ambient disc "A Lone Reply" under his own name in 2001. He then formed the Fateless Flows Collective and appeared on their compilations for 2004 and 2005. In 2004 the Surface 10 disc "Borrowed Time 2000" was released on Space for Music Records, and most recently in 2005 the label Spotted Peccary Records put out "Salvaging the Past", a mesh of deep-space ambient, techno and tribal pieces spanning the years 1992 - 2005.

DiN label boss Ian Boddy has always been an advocate of this adventurous musician's oeuvre. "B2 Gigacosm" kicks off the new Surface 10 album with one of the most awesome and breath-taking amalgams of electronic music styles, containing a huge ambient background overlaid with intricate rhythmic beats and a beautiful, soaring, treated violin solo. Indeed Dean brings a great range of influences to the melting pot in the 11 tracks that make up "Surface Tensions." Perhaps more laid back than his previous DiN release, Dean still manages to throw in so many finely crafted sonic moments that the listener is always engaged in the unfolding musical panoply. However, this music isn't all just techno-trickery, as Dean manages to infuse the music with an emotional content that defies it's cutting edge methodology by projecting a series of personal moments and experiences onto the sonic canvas.

The release of "Surface Tensions" proves yet again that DiN refuses to be pigeon-holed into one corner of the electronic music world, but rather will strive to bring to the listener a series of limited edition,collectible, and above all, adventurous musical releases.