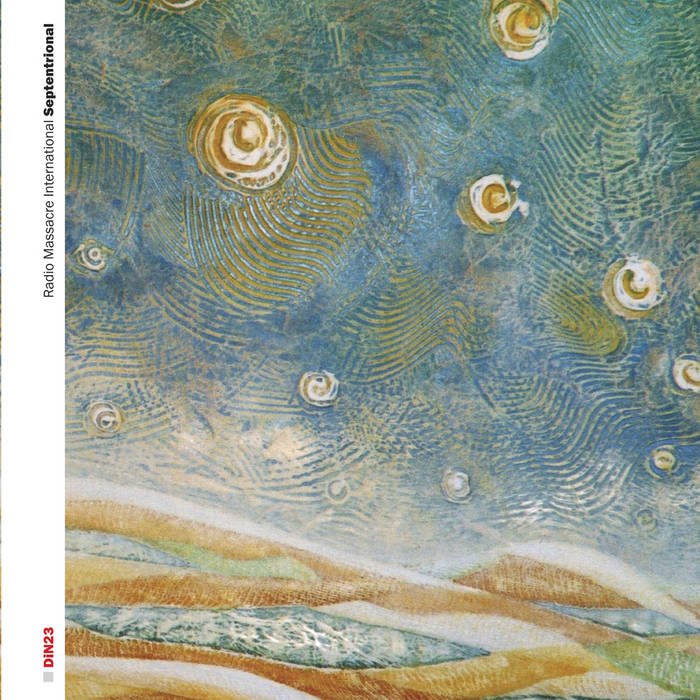 This trio of musicians have steadily been building a solid reputation since 1995 with the release of their first album ‘Frozen North’ on Centaur Records. Since then they have released several other albums on Centaur as well as their own private Northern Echo label. Most recently they have released the double CD album ‘Emissaries’ on the well respected Stateside Cuneiform label.

The band incorporate elements of Berlin school electronics with Prog/Krautrock and are a force to be reckoned with in a live setting. Indeed it could be argued that they are best experienced in one of their concert performances which are often improvisational in nature and thus ebb and flow in a fluid and organic manner. They have performed many concerts and festivals throughout their career including dates in the Netherlands, Finland and the USA. Notable appearances in the UK include them co-hosting the dance orientated ‘Party Zone’ on MTV and an improv performance with legendary Can guru Damo Suzuki.

‘Septentrional’, their inaugral release on the DiN label see’s a new approach co-ordinated by DiN label boss Ian Boddy. RMI recorded a series of three hour long improvisations which they handed over to Boddy in multitrack form. These were then sifted through, extensively edited - often in a non-linear fashion, re-mixed with the addition of synthetic percussion layers on three of the five tracks and finally reassembled by Boddy into five new pieces. The result is still definitely an RMI sounding album and captures the feel and spirit of the band but filtered through the sonic excellence listeners have come to expect from this innovative label.