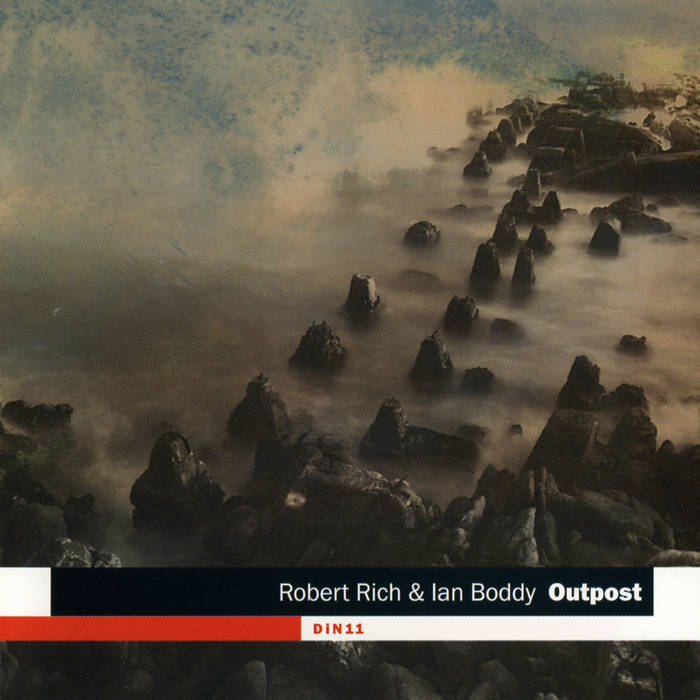 "Outpost"is the first collaboration between British synthesist Ian Boddy and American ambient pioneer Robert Rich. Both Boddy & Rich have been involved in electronic music for over twenty years but have travelled very different musical paths.

Rich is best known for his many releases on the Hearts of Space, Hypnos and Release/Relapse labels. Boddy's numerous electronic albums on his Something Else Records label garnered respect throughout Europe during this same period. Ian Boddy launched the DiN label in 1999 in order to stretch the boundaries of contemporary electronica, and has released a series of exceptional limited edition releases including several of his own solo and collaborative albums.

Together, Rich and Boddy have concocted a mysterious blend of fluid electronic rhythms and impressionistic 50's Sci-Fi soundscapes. With tools ranging from vintage and modern analog modular synthesizers, prepared piano, metallic percussion, feedback networks, and digital signal processing, the two musicians have crafted a sonic journey to the remote edge of a future, lost civilization.

Unlike many other "virtual" long-distance collaborations, Boddy and Rich preferred to work together in the same space, allowing musical ideas to flow between them spontaneously. Boddy first travelled to California for a week, where he and Rich started recording "Outpost" in Rich's studio. A month later, Rich travelled to Northern England, where he and Boddy finished the album at DiN. Rich then completed the final mixing and mastering back at his Soundscape studio.