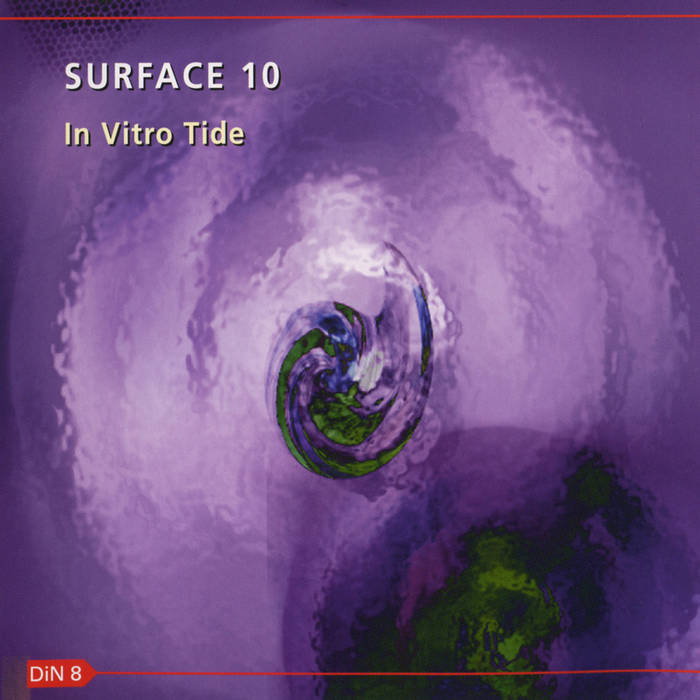 
Dean De Benedictis, aka Surface 10, is a Southern California based composer / producer / performer / conceptual artist and electronic music pioneer. He utilizes his interests in a variety of musical styles and concepts ranging from experimental electronica to ambient, IDM to progressive jazz and beyond.

In 1996 Dean released his self titled debut CD on Hypnotic Records (a subsidiary of Cleopatra Records) under the alias SURFACE 10, gaining him recognition in the electronic ambient genre. Since then he has appeared on various Hypnotic compilations and tribute CDs. In 97 Dean then collaborated with George Sara of THC on another full length project for Hypnotic entitled "Exempli Gratia" going under the name CATHEXIS, where he then earned notoriety in the techno/trance realm.

The new SURFACE 10 release "In Vitro Tide" is a re-edited mesh of musical materials Dean had recorded since the time of his first release in 96. It is a sentiment of timelessness filtered through a series of experimental approaches. As an edition to the electronic music world, "In Vitro Tide" epitomizes the mystery of existence through technology.

Surface 10 is nothing less than a pulsing, wreckless tour de force of spiky, punchy beats welded and fused with white noise, grunge guitar, dislocated voices and a swaggering disregard for somnolent sine wave culture that permeates much of todays Electronica.

With a glistening, extrovert production, the album is a cavalcade of ideas which fly off like sparks. The dense layers of texture are frequently parted to reveal astonishing knots of wry melody lurking deep beneath the surface of the album. Each track slides from one oeuvre to another in a dazzling, almosy precocious attention to detail which offers much in the way of rewards for repeated listening.