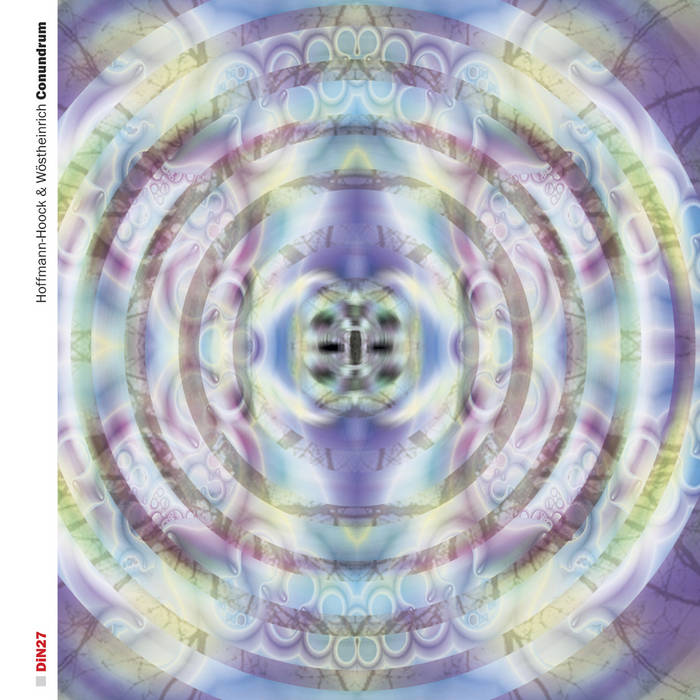 DiN has always fostered an environment where unusual musical alliances can flourish. Such encounters seem to be of high significance both for Klaus Hoffmann-Hoock, the mastermind behind successful music projects like MIND OVER MATTER & COSMIC HOFFMANN, and Bernhard Wöstheinrich, who, being 'THE REDUNDANT ROCKER' himself, is a member of the bands CENTROZOON and SUBSONIC EXPERIENCE. Indeed Wöstheinrich has not only appeared on DiN previously in these two guises but has also worked with DiN label supremo Ian Boddy on Moiré (DiN18).

Klaus Hoffmann-Hoock's musical roots go back to the late sixties when he started playing the lead guitar in several progressive rock bands. Being deeply inspired by the early Psychedelia and its Asian-influenced tunes he soon discovered India and Asia as his 'second home'. When he purchased his first Minimoog in 1974 together with the ultimate 70s' dream machine, a Mellotron, completely new musical horizons were opened up resulting in to date sixteen CDs, four DVD productions, hundreds of live performances and dozens of collaborations with various artists. While his main instrument stays his old Gibson ES 335 guitar, Klaus is still eager to master modern technologies and to create new music machines like the MEMOTRON, a digital Mellotron, where he provided the know-how and compiled its complete library from his vast Mellotron sound collection.

Bernhard Wöstheinrich studied the arts and worked on a number of art projects which included film, performance art, painting and last but not least, the band SUBSONIC EXPERIENCE which later became CENTROZOON. A painter and graphic designer in addition to being a musician, Bernhard creates music that combines the complexity of sound synthesis and effects processing with the spontaneity of improvisation and intuitive actions. Using a compositional approach akin to his work as a visual artist, Bernhard begins by improvising abstract sonic structures which are subsequently developed into an increasingly detailed aural picture.

CONUNDRUM, their first cooperation, merges Klaus' spaceguitar and Asian-spiced electric sitar with Bernhard's wizardry in creating synthetic pads and tonal shades with his synthesizers and sequencers. The sound from the original, improvised recording sessions was further shaped by Markus Reuter, well known to DiN aficionados and the final mixing duties fell to Ian Boddy. The resulting album is a mesmerising mix of glissando guitar melodies, sequencing & percusssion loops and deep ambient backdrops. Once again DiN provides the discerning listener with a truly unique musical dish to savour.